Update: We won a Webby!

Voting has closed and the winners have been announced – and we are beyond proud and excited to say that the Malaria Must Die campaign has won a Webby! The award for 'Social Public Service & Activism' for Malaria Must Die's Voice Petition is a huge credit to the work of R/GA and all our other incredible partners – see below. This groundbreaking campaign helped the Global Fund to Fight AIDS, TB, and Malaria raise over $14 billion - which in the time of this global pandemic is needed more than ever to support health workers, scientists and researchers around the world. Thank you for voting!

The Webby nominations are in - and thanks to our partners at R/GA, the Malaria Must Die campaign is nominated in three categories!

The campaign spurred thousands to speak up and let leaders hear our message of action against the world’s oldest, deadliest disease. We even brought the voice petition to the UN General Assembly, with an augmented reality filter on Facebook and Instagram developed by Powster, and outdoor advertising with interactive digital ads across New York and other key cities thanks to support from Quividi.
The ‘Roar’ of voices we created culminated at the Global Fund replenishment in October 2019, when leaders came together to pledge $14.2 billion to fight malaria, AIDS and TB.

Now, our campaign is being recognised at The Webby Awards, the accolades described by the New York Times as “the internet’s highest honor”.

Since Malaria Must Die was born in 2018, the campaign has brought together malaria ambassadors, organisations and creative powerhouses to champion the fight against malaria. The campaign has now reached over a billion people worldwide.

These nominations are a credit to the fantastic work of so many people on this campaign – thank you to all our partners for coming together and lending your talent so we can mobilise support to end malaria in a generation.

You can vote for Malaria Must Die to win at the links below. Votes close on May 8. Thank you for your support, and if you can, share with your friends!

With special thanks to all partners involved in this campaign without whom we couldn't have achieved such impact and success: 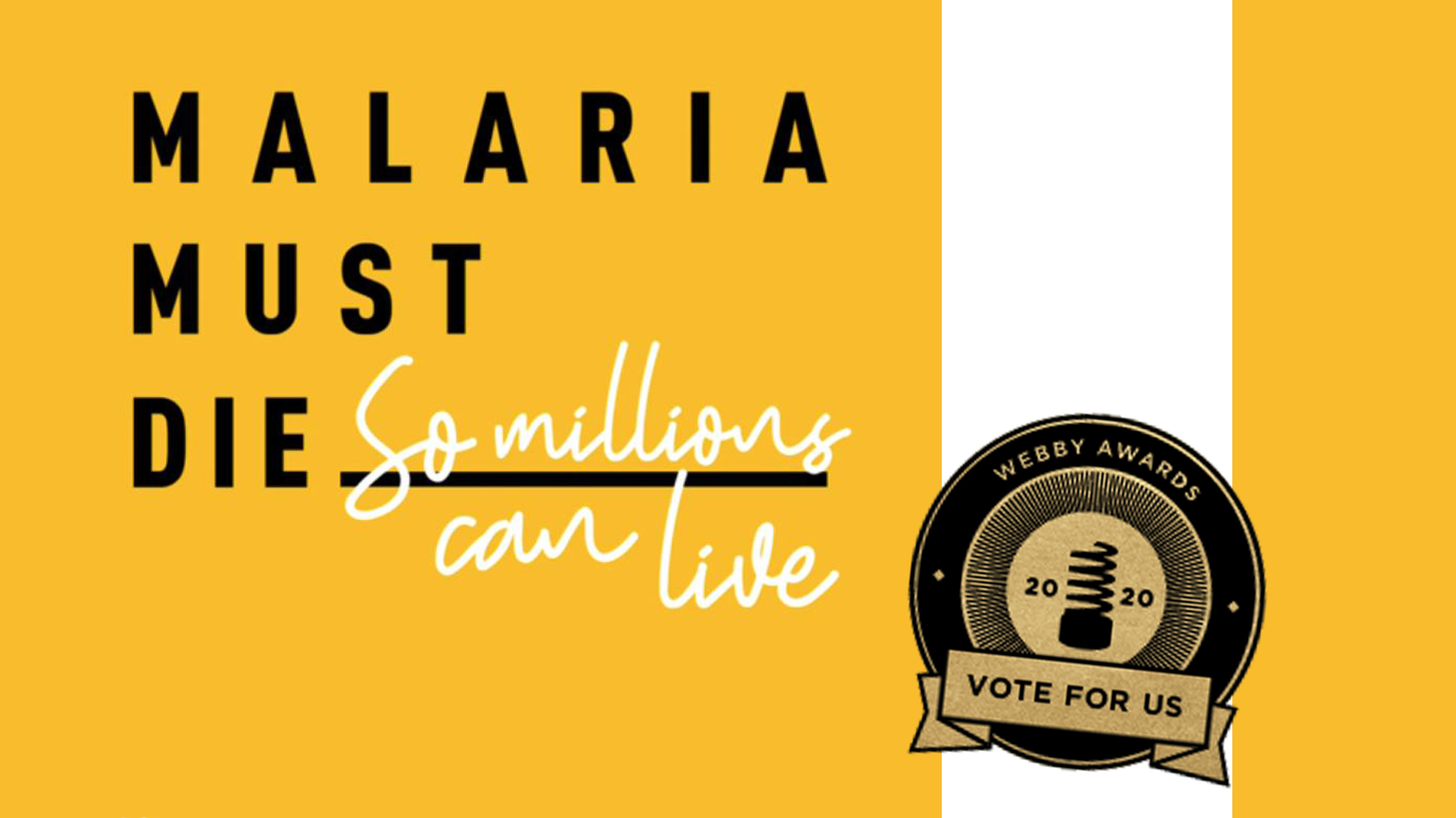